By Penny Starns and Penny Legg

Escaping the Blitz is the story of the biggest social upheaval in British history.

In a single stroke, children were uprooted from their close-knit families and replanted in unfamiliar and sometimes hostile surroundings. Over the course of three days beginning on 31st August 1939, three and a half million vulnerable adults and children were evacuated from cities to rural areas.

In the first three days of the aptly-named Operation Pied Piper over one and a half million children were evacuated from towns, cities and seaports deemed by the government to be most at risk of enemy bombardment: Edinburgh, Glasgow, Newcastle, Leeds, Liverpool, Manchester, Birmingham, Portsmouth and London. From London alone, 240,000 children were evacuated. Children were uprooted from their homes and taken to places of near-safety, most notably to rural communities, to live with complete strangers. Mothers and expectant women were also evacuated, as were some 23,000 civil servants, who found themselves working in spa towns or along the coast, away from the danger of an expected blitz. This massive undertaking, in three waves in 1939,1940 and 1944, the biggest migration the country has ever known, was a planned event, but what led to the government taking such a step?

Evacuation policy violated the child’s right to be with family and community, and from that basic violation all other rights were denied. In some cases, evacuation even violated the right to life, since there were children who died as a direct result of evacuation. Some of those who were evacuated to Bath, for instance, died as a result of bombing.  Others died as a result of neglect, ill-treatment or a lack of supervision in the reception areas.

By 1943 the Ministry of Agriculture and Fisheries considered children to be a vital component in Britain’s food production industry. They remained so long after the war had ended. Moreover, although some evacuees were lucky enough to have positive and uplifting encounters with their host families, others less fortunate suffered physical, emotional and sexual abuse. This book aims to reveal the myths and mayhem which accompanied the three waves of wartime evacuation and document the experiences of evacuees in their own words. 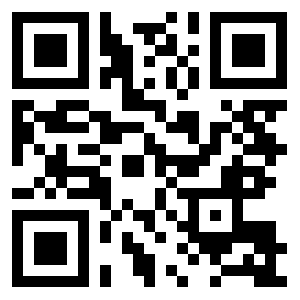 This book not only explains the governments evacuation policy but also contains true experiences of those that were evacuated together with unique ‘QR Codes’  (above) which can be easily scanned on a phone or tablet linking you to video files of those interviewed.

Escaping the Blitz by Penny Starns & Penny Legg
Escaping the Blitz is the story of the biggest social upheaval in British history. Portrayed by the government as a positive by-product of the Second World War, civilian evacuation formed an essential part of Britain’s civil defence strategy. In a single stroke, children were uprooted from their close-knit family communities and replanted in unfamiliar and sometimes hostile surroundings.
Price: £14.99