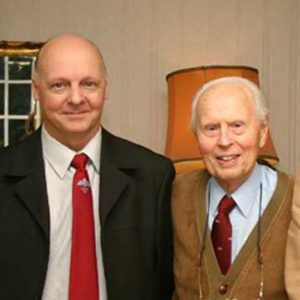 Many of the books we publish here at Sabrestorm tell the stories of people and events that truly deserve to be remembered. The story of David Tibbs MC is one such story and I’m pleased that we had the opportunity to work with David & Neil Barber to publish “Parachute Doctor”.

The late David Tibbs served in the 6th Airborne Division, jumping on D-Day as a member of 225 Field (Parachute) Ambulance, but a few days later was transferred to the 13th Parachute Battalion, with whom he remained until after the cessation of hostilities.  David earned the Military Cross for bravery in Normandy.  He also had a very successful post-war medical career and played a major part in the design and completion of the John Radcliffe Hospital in Oxford.  David passed away in 2017.

David’s fascinating recollections feature jumping into Normandy on D-Day and the subsequent intense battle to defend the Airborne perimeter; assisting the Americans in repulsing the Ardennes offensive, the massive Airborne drop across the Rhine and the rapid advance to the Baltic to prevent the Russians moving into Denmark. Following the end of the European war, the Brigade was shipped to the Far East for a proposed invasion of Singapore. However, the Japanese surrendered beforehand, and the Paras ended up being involved in a little-known episode, fighting alongside the Japanese in defence of Dutch civilians against violent rebels on the island of Java.

We were privileged to meet up with David and film an interview with him, a short extract of which we include here: 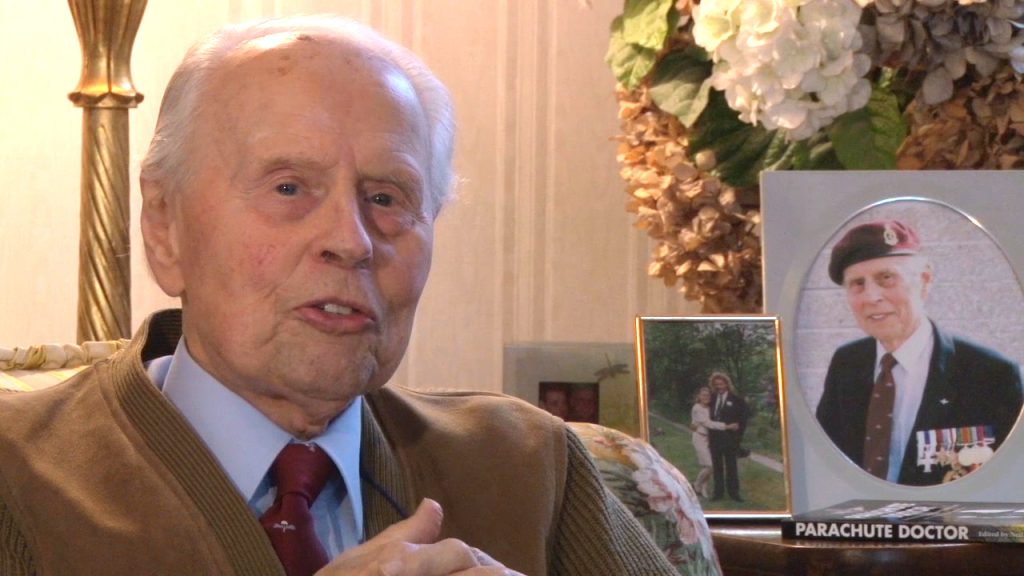