We’re delighted for Penny Legg whose book Crime in the Second World War – Spivs, Scoundrels, Rogues and Worse has been nominated for the Crime Writers’ Association Gold Dagger for Non-Fiction.

The book is the first title written by Penny for Sabrestorm and was published in 2017. It takes an in-depth look at a wide range of wartime criminal activities from petty thievery and the black market to some of the most infamous murderers whose crimes shocked the country.

Despite the image given by newspapers and propaganda that everyone ‘pulled together’ there were always those that were willing to take advantage of the unique wartime circumstances to make a quick profit or to ‘do away’ with a wife or rival. After all, what was one more body at a time when German bombs were causing a mass of destruction and death? We will never know just how many murders were committed hidden in the darkness of the blackout and debris of the blitz but the authorities were not oblivious to the potential problems and were surprisingly vigilant and successful in their capture of criminals. 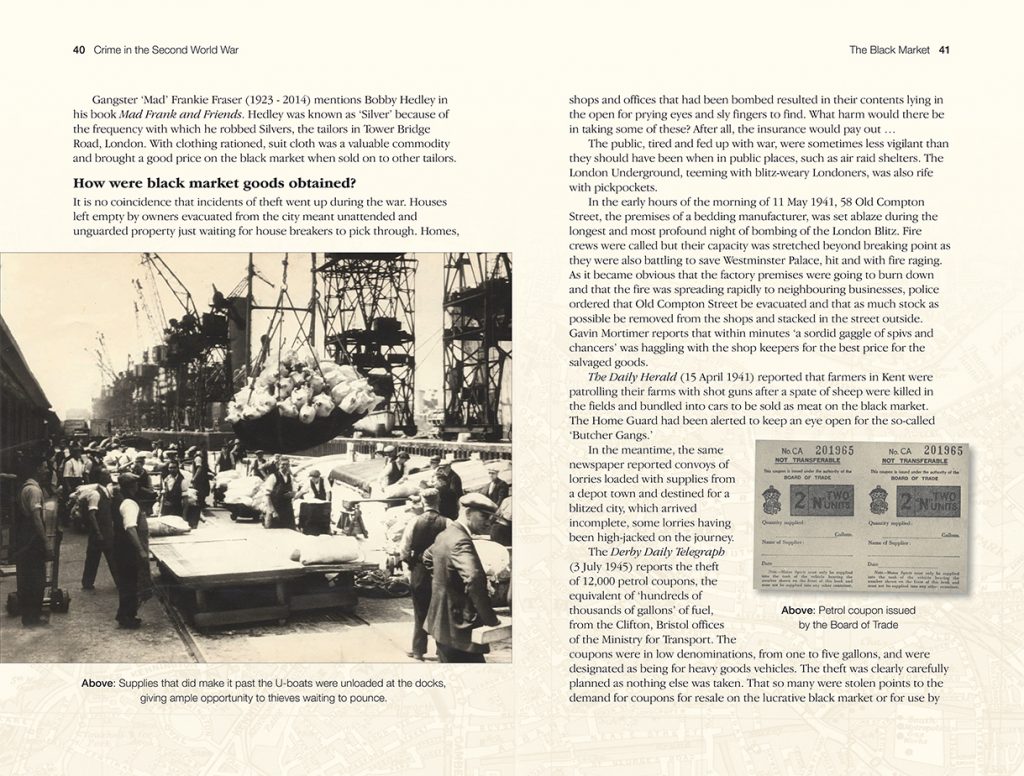 Committing crime wasn’t a straight forward case of black and white and there were many grey areas where ordinary individuals could inadvertently break the law – especially with the introduction of so many new rules and regulations. Putting out a few crumbs for the birds may seem innocent enough but was something that could land the unwitting in court with a hefty fine. And what about picking up a couple of items from your neighbour’s house after they had been bombed out and left the area – what harm is that?  Again, that could land you in court as a looter.

Civilians weren’t the only people tempted off the straight and narrow and our armed forces were involved in a variety of criminal activities together with the influx of so many American and Canadian troops awaiting the offensive into Europe. Dissertation was rampant and crime often a method of support.

Penny’s wide ranging book on crime during the second world war gives a real insight into a fascinating area of social history and I hope the book gets the recognition it deserves.  We’ll keep you posted.

Watch a short video here of Penny talking about Crime in the Second World War.